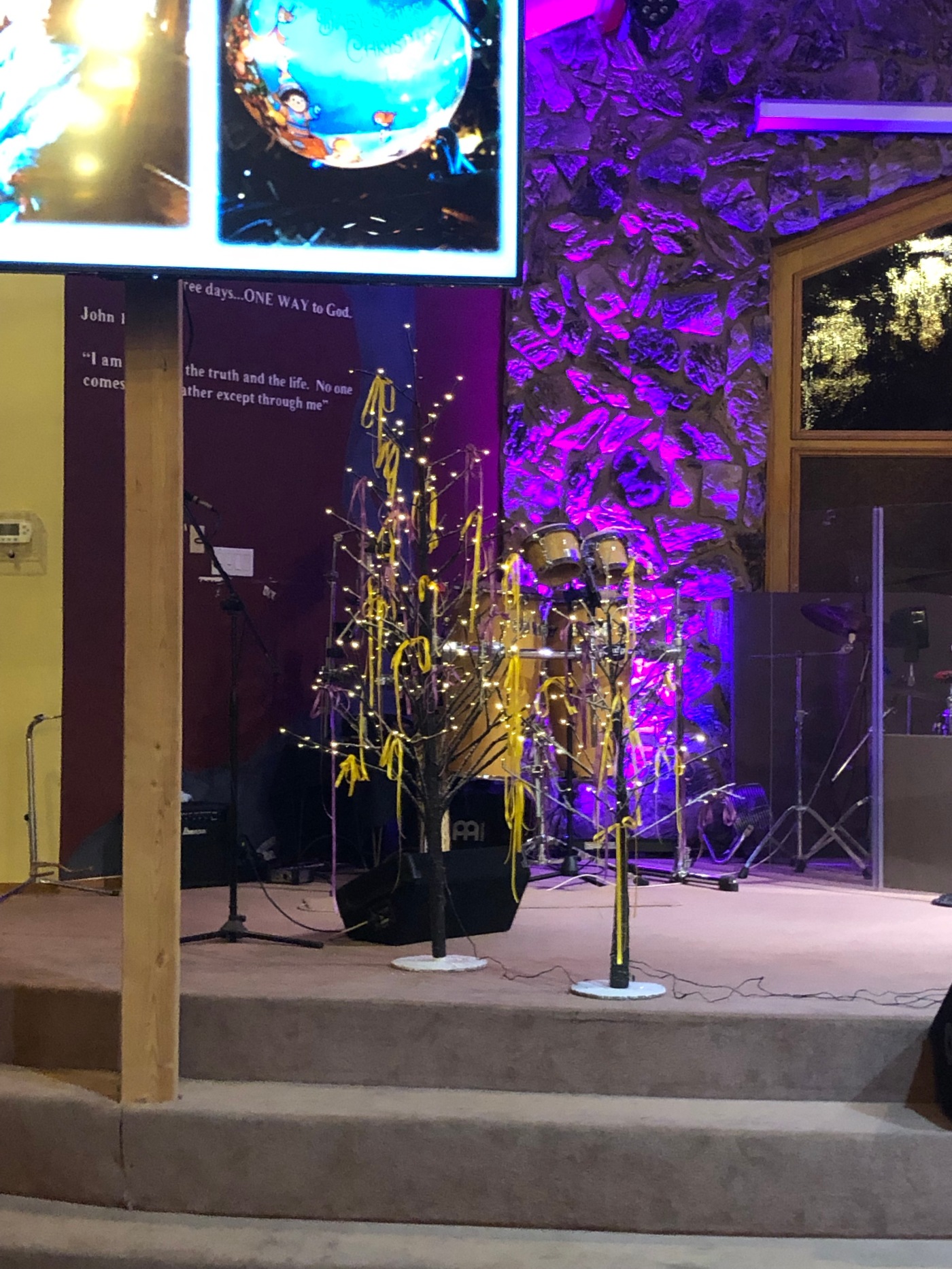 Oh my Lord, this has been such a hard season. The anniversary has come and gone now. Thirty whole years. The remembrance service was beautiful and there were so many wonderful people there. Dear, dear friends, most of them gifts from Michaela, who I don’t see nearly often enough. There were two people there who had been kidnapping victims themselves. One of them told me that when she was being held in the back of the kidnapper’s van she had never felt so alone, and it was Michaela she called on, and Michaela was there, and comforted her. She called Michaela her angel. The other was Midsi Sanchez, the brave young girl who escaped her kidnapper, who had already killed at least one other child, and who now has a foundation dedicated to child safety.

The entirety of the remembrance was live streamed on Facebook, and I am really amazed to report that 3,000 people viewed it live or close to it, and now we are up to 5,400 views. If you missed it, you can catch it at by clicking here. And yes, the picture does straighten out after the first few minutes. We started it a little while before the service actually began. A number of people had just said that they wanted to feel like they were there, so we wanted to do that by including them in the pre-service as well.

Then the next morning we went and tied ribbons on the tree at the market. I said goodbye to my daughter and her husband, who had come from out of state for the event, and Trina, and all the other people who had come, and I went off to collapse into my life.

It has not been an easy, restful collapse though. At the remembrance I think I could feel every muscle in my body tensed. Apparently that tension was what was holding me together, because as I started letting it go, I started falling apart. I just can’t even explain it, except to say that I am sitting in my bed with my dogs crying, because being around people has been too hard. I have gone off on a few people already. Stuff that normally rolls off has been sticking in my heart like a bunch of little knives. Someone with an internet sleuthing group on Facebook published a completely inaccurate post about Michaela, and refused to correct it or take it down, or even to allow me to comment on it. So I went to Facebook and they took it down, but in the meantime it had me really upset. In fact it still does. Right about then someone posted on Facebook wanting to know why Michaela wasn’t found that first day, since we had an eyewitness. And at least part of the reason for that is that someone who was NOT an eyewitness and who did NOT possess all the facts decided to talk for Trina and gave the wrong description. If you don’t know, don’t say anything. Misinformation and overeager people may have cost Michaela her life to begin with, and it continues to infuriate me. I really hate internet sleuthing groups talking about Michaela’s case anyway. All any of them know is what has been in the news, and the real leads in the case, and the real information in the case, has NEVER been made public, so all they have to work with is misinformation. I have worked my butt off over the years with blogs and social media so it is not necessary for anybody to have incorrect information. But it still happens. You can actually speak in excruciating detail to a reporter, and they will get the facts wrong, or add assumptions.

I really do not know what is wrong with me, or more to the point, I don’t know what to do about it. All I know is I hurt, and I do not know how to stop hurting.

And maybe I’m not a very nice person. I really admire those people who are always calm and collected and loving. And I try. But you know, maybe that’s not who I am. I truly can be “the storm.”

So I’m just going to sit here and cry for a day or two. Eventually I will get swallowed up in life again, but for right now I just need a safe place, and my bed is the only thing that qualifies.

Thank you so much for your support. I really appreciate it. Cherish your life. Above all, cherish your children. They have been entrusted to you to love, to teach, to protect and keep safe. There is nothing more important in life than that. Nothing.