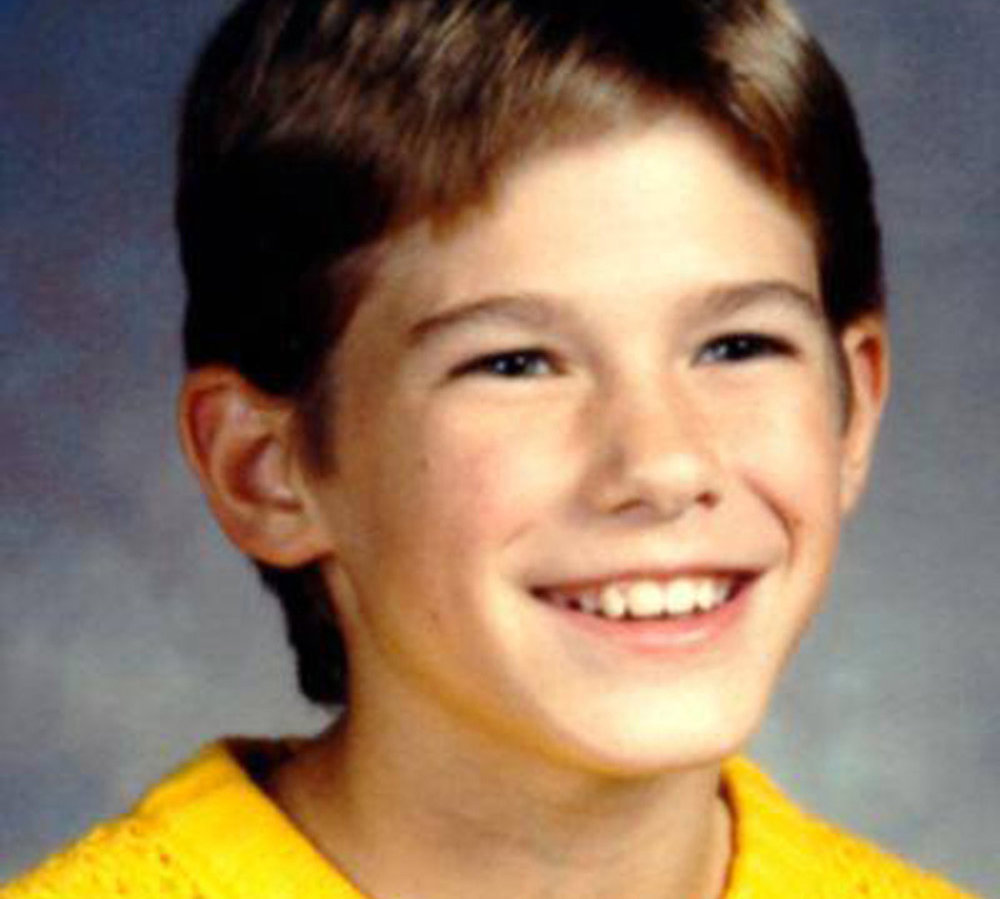 I’d guess there are not too many people who read my blog who are not aware that Jacob Wetterling, a kidnap victim, was found this past week. He has been abused, he had been killed. His remains had rested in a lonely rural pasture for the past 27 years.
My heart goes out to Jacob’s family. His mom, Patty, has been called an angel, and I would agree with that assessment. She has been beautiful and gracious throughout the search for and loss of her son. She does not know it, but I stand with her, not only in sympathy and compassion, but in awe. It is not an easy thing to remain gracious when there are tigers tearing your heart to shreds, or when there is a wet cement pouring through your limbs, robbing you of all energy and motivation. I have failed time and time and time again.
I have heard a lot of people complain that the man who killed Jacob will go free, with no punishment for his crime. I understand the anger, and yet surprisingly I can’t relate to it. What is important is that Jacob has come home. In thinking about this, I realize how little thought I have actually given to the man who kidnapped Michaela. I can’t recall spending even a small amount of time hoping to find him and bring him to justice. Every bent of my mind has been always and only been on finding Michaela. I would have approved the same deal that Jacob’s family approved, that Jacob’s killer will go to prison for 20 years on other charges, but will face none for Jacob in exchange for his confession and providing the location of his remains. We can’t ignore the kidnappers. We can’t say, let him go free, because we have a responsibility to the other children in the world, to keep them safe. But from the start I went on television and begged the kidnapper, “Please, just drop her off somewhere and go away. We don’t care about you. We only want our daughter back.” There was nothing else I wanted and no price I wouldn’t have paid to get it. Today I would say the same if she was alive.
I might say the same if she is not alive, just for someone to tell me what happened to her, and where she is. A number of times I have been faced with the possible location of Michaela’s remains, and I have thought about her little bones being touched by the sunshine for the first time in years, and it has meant more to me that you might guess, not just in solving the mystery, having a “resolution.” In my heart, even if just bones, my little girl had been lying alone, and lonely, for all that time, and I wanted to just throw myself on those little bones and hold them and cry and cry and cry.
The place where Jacob was found was green, and sheltered by trees. But it was lonely.
But along with being able to bring Jacob home, his parents have had to endure hearing the hard reality of what Jacob endured. This is something I have never been sure I would be able to handle. And yet, how could I not? How could I be such a coward? If my daughter could endure it, I should be able to endure hearing it. How Patty Wetterling’s heart must break over and over as she can now hear her son’s words playing in her head, from “What did I do wrong?” to “Please take me home.” He was cold. He was abused, but what he complained of was the cold. He was shot when his kidnapper panicked because he heard police nearby.
I don’t know how well I would be able to handle this kind of knowledge. I have no idea how it would impact me, because over the years I have become a mystery to myself. I have denied my feelings and buried them deeper and deeper until they turned into an avalanche. The thing is, there is no way out of them. There is no relief. Once you allow them in, allow them to take you, can you ever get yourself back again? It’s the black hole. You fall in and end up in another universe, or perhaps even in no universe, in nowhere, as nothing. Sometimes, you wonder if that would be so bad. Sometimes I understand the draw of addiction, of whatever substances might take you somewhere where you don’t have to worry, to feel. Although I have not taken this escape, it has had its appeal sometimes.
Well, nonetheless. None the less. It is what it is. We are who we are, and where we are. We have no choice but to be here. There is no courage involved in it. None of us volunteered. I have been here for so long, so long, it seems like I will never be anywhere else. I’m sure it seemed that way to Patty Wetterling as well. We continue to carry the weight of our hope and our fear for our children, but at some point we really stop expecting anything to change. We come to lack the capacity to believe that after all this time our children will actually be found. But look, it can happen. Jacob was kidnapped eleven months after Michaela, so the Wetterlings have been doing this for pretty much as long as I have. But one day they woke up, and against all odds everything changed, and although it was not the answer they wished for, the answer to what happened to their son was given to them.
It can happen.
Jacob Wetterling, I hope that all the best versions of the afterlife are true and you have been embracing them. To Patty and Jacob’s family, God bless you. I love you. My heart is with you.