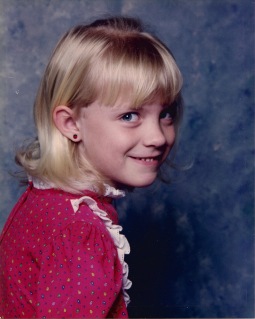 I’ve been thinking lately that I need to change my life from the inside out. I have been walking around with this broken heart lying heavy inside me, and I have concluded that this just isn’t healthy. I mean that quite literally. It isn’t mentally healthy, but I think it probably isn’t physically healthy either.

Today I was watching the Showtime series “The Big C,” and the episode was about going to a seminar that teaches those who attend how to be joyful. At one point the woman leading the seminar told those attending to close their eyes and picture a moment of pure joy in their lives. And you know, I couldn’t do that. The character in the show pictured various moments of her son’s life, and that was surely the first thing that popped into my head also. I thought about my children, their births, all the amazingly beautiful moments they have brought to my life. But I realized that I couldn’t classify them as pure joy because there was so much just plain fear bound up in it, because the love I felt for them was soooo fierce that wrapped up in it was the sense that if anything ever happened to them, I would die.

But … here I am. Still alive. I must admit, I was lying on the couch this evening, asking myself just how on God’s green earth I have managed to survive the things I have when lately much more fleeting things have practically knocked me off my feet. Or perhaps it’s just the accumulation, that whenever your heart gets a little broken it awakens all the hurts of all the years it’s been beating.

Yeah, love is such a joyful thing, and yet it is such a fearful thing. My youngest daughter, who is still recovering from her first badly broken heart, but who is now at least pretty certain she will survive, said the other day that she is actually reluctant to get involved with other people, because having experienced herself what it feels like to have your heart broken, she wouldn’t want to do that to anyone else. I thought it was interesting that she was more concerned about the other person’s feelings than her own, but I just realized that is because she’s talking about casual dating. If your heart is captured, you aren’t worrying about the other person. You aren’t even worrying about you.

Today I was reading a book called “Shelter Me,” by Juliette Fay. It’s an okay book, but there was a line in there today that just grabbed me. It was, “I don’t want to make you scared. I want to shelter you from the elements.” Love doesn’t want to tease or play games. It wants to make you feel warm and safe and … well, loved. That’s what we need to be able to give in love, and that’s what we need to learn to receive.

So I don’t know, maybe I’m a basket case, but maybe I’m entitled to be.  When I had my first child, Michaela, I had tried for five years to get pregnant, and had suffered complications during pregnancy that resulted in her being induced four weeks early, and yes I was scared. After she was born there were further complications that could have resulted in my losing her then. And well, maybe it was those things or maybe somewhere deep inside I’d always known I would lose her one day, in such a terrible way….

But enough. I am still here. I am still alive. My other children are all young adults now, and they honestly bring me even more joy now than they did as children. My husband, my dogs, the sunrise and the sunset, beautiful music and books, the ocean, the sky, even the San Francisco Bay which I skim over every day on my way to and from work, as I commute across the San Mateo Bridge. So much beauty, so much love, so much of a promise in each life, in each day. I have got to find a way to let go of the fear and pain and harness the joy and peace, for my benefit, and for the benefit of all my children. Including Michaela, wherever she is.