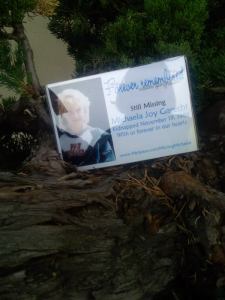 I have not actually spent 23 years believing Michaela is still alive. For a long time I was convinced that if she was actually alive, she would have found some way to contact me. For a long time I was also convinced that it would probably actually be better for her if she was not alive, because that would mean that her suffering, her fear and terror, her sadness and loneliness, would have ended and she would have spent all these years in a better place where she would be at peace. You know, it’s never really been about MY feelings. It’s never been about what I want. What has devastated me about my daughter being kidnapped is not that I have missed her, but that SHE has suffered.

17 thoughts on “To My Readers”