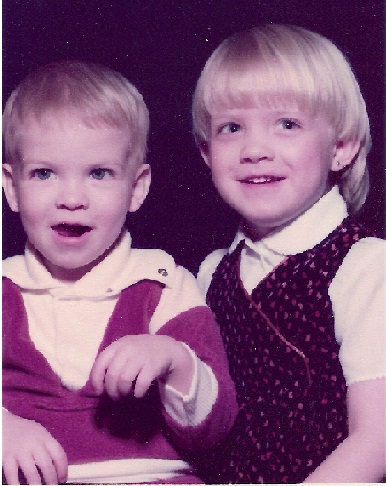 I have said before that it is my promise to do whatever I can to protect the identity and safety of anybody who comes forward to give me information about Michaela’s case, and in addition to that, I try always to protect the integrity of the investigation into Michaela’s case, and Michaela’s safety as well if that is an issue. But I received a lead recently which I found intriguing. I have gotten in touch with the person who sent the lead, and I specifically told him that what I wanted was for him to give me sufficient information to investigate, but that if he didn’t I would have to ask the public to help me with outreach in order to try to get the information he wouldn’t give me. He didn’t, so here I am.

On February 2nd I got an e-mail which simply said, “She’s in the UAE. Changed too much for remember.” When I first saw it in my inbox, this was all I saw, and I almost deleted it. My first thought was that it was one of those e-mails asking for $50,000 so someone could claim their foreign royal title. Then it struck me like a lightning bolt that it was about Michaela. Sure enough, it had been sent to the missingmichaela e-mail address.

The e-mail came from Russia. It was not disguised in any way. The sender’s e-mail address was there, and he was really easy to trace, and his telephone number was easy to get. I happen to work with an attorney who is from Russia, and he called the man and spoke to him on the telephone. The man denied ever having sent the e-mail. Now this, to me, is an admission in itself. Of course he did send the e-mail. Aside from everything else, I’d sent several replies in English to the e-mail, so if he hadn’t sent it he’d have at least known about it, but he claimed to be completely ignorant of it. It would have been so simple, if the guy’d had a dream or a vision or something to just say that, to say, “Oh, well, I think she is there, but I don’t actually know anything.” For him to deny it altogether makes me believe that he knows something, and for a moment wanted to help, but finally doesn’t want to get involved. I mean, it would be really odd for some guy in Russia to just get an urge to write me an e-mail. It is true that there are many people all around the world who know Michaela’s story and care about her, but Russia is not one of the places where her case has been publicized, and there are not too many visits from there to my websites. The information we were able to get on this guy also included some rather strange hobbies and sidelines he was involved in, which could have been something that could have caused him to cross paths with human traffickers at some place. The attorney from Russia also told me that the UAE is a common vacation destination among Russians. The UAE is the United Arab Emirates, the Las Vegas of the Middle East for those who don’t already know this. Dubai is in the UAE.

There was something in this lead that really captured me. Oh sure, maybe I just wanted to latch onto it because it would mean that Michaela is alive, maybe I’m just looking for that “unrealistic fairy tale ending” as someone who commented on one of my recent blogs called it. But there was something more than that. It lit something up inside me. It connected with repetitive dreams I’d had in the years after Michaela had been kidnapped, about being a stranger in another country. It connected with the poem that Michaela had been written, about people who had been kidnapped and were being held captive “behind the doors of steel.” They were “held captive” she’d said. She did not say they’d been killed. She said they were “being held captive.” This was from a dream she’d had in the early morning hours just one week before she herself became one of the people who had been kidnapped, and there is no way I can see it as anything other than a premonition.

This happened, of course, in the middle of all the talk about Herzog and the hundreds of bones they were digging up. It was during this time I had the dreams I’ve written about, and in particular the one in which the clock face turned dark and I discerned from that that the answer was that Michaela had been kidnapped by “Kopek.” Funny, but the following day I googled the word Kopek, and it turns out to be a unit of Russian currency. This was in with the dreams of the terrifying thunder and lightning storms.

So this one e-mail was one thing, but the following week I received a second e-mail, sent from a different continent than the first one. This one was from a woman in the United States. It said, and I quote: “First of all, I send you my heartfelt expression of sorrow on your tragic experience as a mother of a missing daughter. I am so sorry that your precious child Michaela was forcibly kidnapped to the Persian Gulf region (UAE I believe) at the age of 9 in 1988. I have no kids of my own, but I imagine perhaps the hardest thing for you is the lack of information about your child’s fate.”

You must admit, this is quite a coincidence, for two different people, both strangers to me, from different parts of the world, to send me e-mails within a week of each other telling me that Michaela was in the UAE.

This second e-mail was pretty brutal. The woman expressed her sympathies and said she wanted to help, but for the most part the e-mail was filled with descriptions of the horrible things that would likely have befallen Michaela in this situation, from rape to frequent beating to the likelihood of having contracted HIV. It was really hard to read. In addition to the description of these horrors, the email explained why it would be difficult if not impossible to retrieve her from there if that is where she was, which I found odd since the title of the e-mail indicated that she wanted to help me find Michaela. She told me that the best way was to hook up with underground feminist networks in the Persian Gulf, but didn’t say how to do that.

So at this point I’m kind of at a loss. The National Center for Missing and Exploited Children is ready to send flyers about Michaela to the American embassies in the region, but they have told me that it is actually against the law to distribute missing flyers in the UAE. I understand the human trafficking is quite prevalent in the area, and it is being done by the wealthy and powerful. But I can’t say anything because I really don’t know. Perhaps they just don’t want flyers cluttering up their country? Perhaps, given that it is the Las Vegas of the Middle East, they just don’t want to bring vacationers down with such things as missing flyers. At any rate, it’s illegal.

The only thing I can think of to do is to reach out and continue reaching out. I lie awake at night and visualize my fingers as tendrils wrapping themselves around the globe to touch my daughter, because if this could possibly be true, if she could possibly be living in the absolutely horrific conditions that this e-mail described, I have got to do whatever I can to reach her. If she is “changed too much for remember,” then let’s help jog her memory.

Michaela, Michaela, if you are out there, if you read this message, you do not have to live ever in conditions of abuse. You are a beautiful soul, a woman of the greatest value, someone who is completely and deeply and forever loved. I LOVE YOU! I want to hold you in my arms and surround you with warmth and gentleness to wash away the fear and sorrow of all the years we have been apart. Right now if you will close your eyes, you have feel that river of love flowing over you right where you are, and Michaela it is not even my love alone, but hundreds, thousands of people the world over send their love to you still, each and every day. Feel it, Michaela, and let it give you the strength to break free. You can call me. If you are in another country, Michaela, you can call me by dialing 00-1-510-701-5449. Talk to me. Tell me where you are, and we will find a way to free you and bring you home. And if you have children, we will find a way to free them and bring them home also.

If you are someone who is in another country and you know where Michaela is being held, you may use that number to call also, or you can call our investigator at 00-1-293-7079, or e-mail me at missingmichaela@gmail.com, or sharon.murch@gmail.com. If you give me information, I will do everything in my power to protect your identity. And if you are a person who has Michaela, or who knows where Michaela is, please just give us information we can follow up on. The Persian Gulf is a huge region, and the UAE is a very large country. Narrowing it to a city is helpful. But if you can give me a street, a name, a destination, then we will be able to find Michaela.

If you don’t know where she is, but if you can help, please e-mail me at sharon.murch@gmail.com. Please, please distribute this blog on the Arab language social networking websites. Send it to all your friends and ask then to send it to all their friends. If you are or know of those underground feminist groups in the UAE, or human trafficking groups in the UAE, please put me in touch with them. Our investigators on local and federal levels are willing to get in there and work this lead, but if all they have it a country to go on, there is not a lot that they can do.

In the days and weeks to come, I am going to try to reach out to international media, so please wish me luck with this. As I said, someone recently accused me of being unrealistic in wanting a “fairytale ending” to Michaela’s story. At first I thought that the term “fairytale” was completely out of place here, but I realized it is not. At heart, most “fairytales” actually are horror stories, and this has certainly been a horror story. It is statistically “unrealistic” to think you might end up in the midst of one of these horrible fairytales, because very few kids fall victim to long-term unsolved stranger abductions. Most missing kids are family abductions or runaways. So all I have to say is that if we could have beat those odds and ended up in this horror story, then we can beat the odds and find that happy ending.

I don’t know about Prince Charming, Michaela, but your mom and all your family are waiting here with open arms, longing for you to just come home.

41 thoughts on “Looking for Michaela in the UAE”