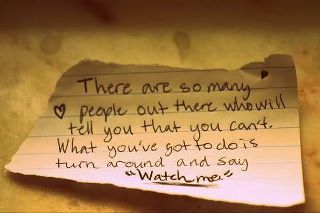 Not long after you were kidnapped, a woman came to our front door to tell us that she’d had a dream or vision that your kidnapper had dropped you off in the hills above Lake Chabot, that you were injured and were not able for some reason to get to help. She said that at night you covered yourself with leaves to keep warm. Somehow or another, can’t remember exactly, a second woman joined in and said she had the same dream or vision. They were very convinced and convincing, and … well, I don’t know what it was about it, if it was how convinced they were in themselves, or if it was simply the picture they painted of you, alone and afraid and yet free and so easily helped, but I felt this was something that had to be followed up. I told the police and expected them to be as excited as I was and to rush out to Lake Chabot with all their resources, but that didn’t happen. This is not to fault the police department, because the fact of your case is that there have always been so many leads it has been difficult to find the time and resources to follow each one to its farthest conclusion. So instead, your dad went out the those hills. He spent an entire day walking around those hills calling your name, over and over again. He called your name so loudly and for so long that by the time he came home he had lost his voice.

That is what I feel I am doing here — calling your name, calling over and over again, as loudly as I can, just hoping that somehow, somewhere, you will hear it and will answer.  When your dad went to those hills, there is no way he could have covered even a fraction of that territory alone. Many friends went with him, friends and strangers who came to volunteer to try to help you. Somebody brought a megaphone, and he used that also, to amplify his voice and make it go farther, hoping that you would hear. Today, I use the internet to amplify my voice, hoping that you will hear, and there are many friends who re-post these letters that I write to you, to try to help me cover as much of the world as I possibly can.

In the early days, there was one other thing I often said when I was asked by reporters what I had to say to the kidnapper. That was, “We don’t care about you. We just want Michaela back. Just drop her off somewhere.” That is still true. Selfish it may be, because it’s a fact that if you did this once you probably had or would do it again, and yet my heart longs only for my daughter, not for “justice,” and certainly not for revenge. Just hand her the telephone and let her call me. Give her a computer and let her e-mail me. Let her come home, please. I believe it is only a matter of time and she will be found. If you let her go, it will be only Michaela we find, rather than the both of you. It is the safest thing, the smartest thing, the nicest thing.

Michaela, I am waiting to hear from you, and I will continue to wait forever if I have to. When the time is right, I know you will answer my call.

I love you forever,
mom

10 thoughts on “Dear Michaela … we are calling your name!”

If you would like to support this blog, I do have a  Patreon. I haven’t updated it in awhile, and I will have to do this. I’m not promising anybody anything at this point, because I’m just not in the position to do that. I have never had more than $50 monthly support from this Patreon, but I can tell you that there have been times when that $50 coming through at the beginning of the month has meant a great deal to me. I actually don’t like taking money from people anyway, so don’t feel like you need to do anything, because that is most definitely not why I am here. I would never make it in sales or marketing, would I? Just stay, offer your support with your words and comments, and that is the very best support I could ever hope for.